After a 29-year career, Johnny Miller retired this past Saturday from his job as a golf analyst for NBC Sports and the Golf Channel. Before he took the role as an analyst sitting in broadcast booths located on the 18th greens of golf tournaments, Johnny spent 28 years as a PGA golf pro. As a golf analyst, he was known for his blunt commentary of the play of professional golfers whom he critiqued. Johnny’s style was to never hold back on his opinions while offering positive or negative comments of a pros play. There were a number of pros who often didn’t appreciate Johnny’s comments on their play, but the television audience appreciated the honesty and teaching moments he provided to amateur golfers with his golf analysis. During Johnny’s career he covered 355 golf tournaments in 33 states and 14 countries around the world. Among those tournaments were 29 Players Championships, 20 U.S. Opens, 14 Ryder Cups, 9 Presidents Cups, 3 Opens (British Opens) and 1 World Olympic (Rio). I trust that Johnny will enjoy his retirement and hope that there is someone willing to step into his big shoes and continues telling it like it is.

In business, leaders should surround themselves with people like Johnny Miller who are unafraid to provide:

Those willing to be vocal and share their opinions even when they may not be appreciated are, in my view, one of the most important traits of your most valuable employees. Leaders should be able to surround themselves with those who are unafraid of telling it like it is. By the way, just because they share their views doesn’t mean that their ideas are correct and as a leader you have to follow them, but I would suggest you should still listen.

I’ve greatly valued, even more importantly highly respected, those that I worked with who readily offered their views of a strategy I wanted to follow as either a good, bad or how it could be improved upon. I would suggest that leaders recruit those willing to be like Johnny. So I’d like to say to those like Johnny in my career like Ernie, Charlie, Byron, Mark, John M., David (RIP), Larry, Kevin, Alan, Rick, Ronnie (RIP), Adrian, Louis, Sandy, Nate, Chuck, Jeff, Heather, Terry, Chris, Steve M., Bre, Darshan, Rodney, Warren, Rachel, Ros, Brendan, Robert and Steve K., thank you each very much. (There’s many, many more I could thank.)

Over the years many pros who initially were angered hearing Johnny’ negative televised critiques of their play later grew to appreciate and value his unvarnished reviews. To those whom I worked for who took my suggestions or comments poorly over the years I offer my apologies. But I hope you’ve grown to appreciate those telling it like it is that may surround you today. Leaders incapable of allowing direct reports who work for them that are willing to provide unvarnished advice or critique of critical decisions that are being considered aren’t, in my opinion, going to get the best from them. You might also be at risk losing them to a leader that actively seeks those willing to offer their views. 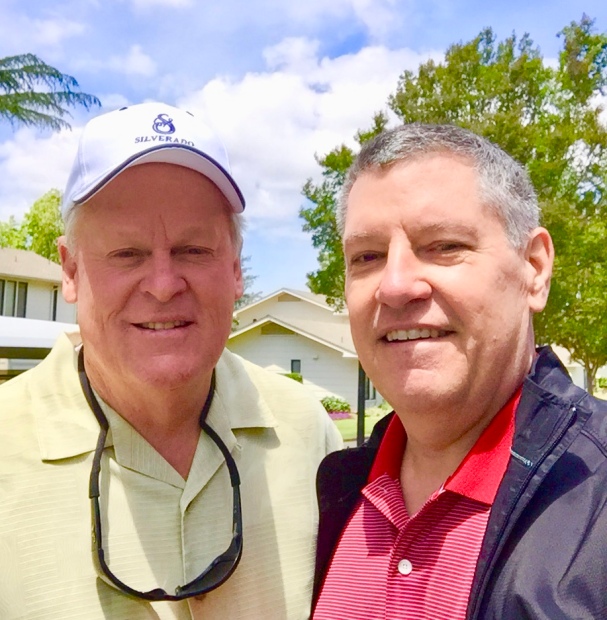 If you’re in the automotive repair and replacement (AGRR) industry there are a three well known associations that serve the common interest or interests of their members.  There are associations such as AGRSS® (soon to become the Auto Glass Safety Council), the Independent Glass Association, and the National Windshield Repair Association.  You get a good sense of their main interest by their names and when you look at their web sites you’ll find:

1)     I have had the honor of being a member of this association.

2)     I am a member of the board of directors and vice-president of AGRSS®.

If you find that you no longer share a common interest in the association you belong you can leave and then find and join one that does.