Hobson’s Choice (a Free Choice or No Choice at All?)

I recently read the argument that attorneys for Safelite Group Inc. (Safelite) made relating to Connecticut’s Public Act-13-67(c) (2) in a glassBYTEs.com article. They argued that,

“it puts appellants Safelite Group Inc. and Safelite Solutions to a Hobson’s choice….”

“Hobson’s choice”[1] refers to a businessman by the name of Thomas Hobson who ran a livery in Cambridge, England in the 1600’s. Hobson required that every rider asking to hire one of his horses to always take the horse nearest the door. If a patron didn’t want to use that particular horse no other horse could be used. A “take it or leave it” choice. As another source on the origins of the phrase states[2], “A Hobson’s choice is a free choice in which only one option is offered.” I thought using “Hobson’s choice” in this particular instance an interesting one considering the origins of the term. More on that later.

“The act requires that a glass claims representative for an insurance company or its third-party claims administrator, in the initial contact with an insured about automotive glass repair services or glass products, tell the insured something substantially similar to: “You have the right to choose a licensed glass shop where the damage to your motor vehicle will be repaired. If you have a preference, please let us know. ” By law, appraisals and estimates for physical damage claims written on behalf of insurers must have a written notice telling the insured that he or she has the right to choose the shop where the damage will be repaired (CGS § 38a-354).”

A public radio program called “A Way with Words” talked about Hobson’s choice on one of the program segments. One of the hosts of the radio program, Martha Barnette tells us:

“The phrase Hobson’s choice goes all the way back to 17th-century England. For 50 years, Thomas Hobson ran a stable near Cambridge University. There he rented horses to students. Old Man Hobson was extremely protective of those animals. He rented them out according to a strict rotating system. The most recently ridden horses he kept at the rear of the stable. The more rested ones he kept up front. That meant that when students came to get a horse, Hobson gave them the first one in line—that is, the most rested. He’d let them rent that horse, or none at all.”

Perhaps you see where I was thinking that Hobson’s choice was an interesting phrase for the attorneys to use in their argument. First, Public Act-13-67(c) (2) is a duly enacted Connecticut law so their client really doesn’t get a choice in deciding whether they wish to follow it or not. As is their right, they can dispute the law which is obviously why the company is filing the appeals to the act which provides Connecticut consumers a choice in what company repairs or replaces their damaged auto glass. It’s just that at his stable Hobson didn’t want the same horse(s) being used each time by his patrons. Hobson wanted his patrons to use only the horse(s) that he wanted them to use. You can understand why Hobson wanted to rotate his horses so that each got equal use. Safelite wants Connecticut consumers to only use the auto glass repair and replacement (AGRR) company that Safelite wants them to use. In this case it would appear that Safelite is Hobson. 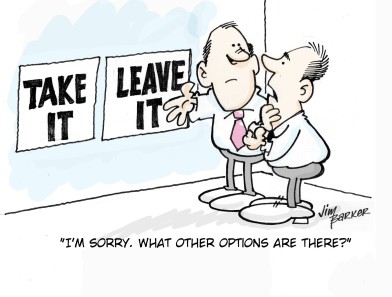 Another example of a Hobson’s choice would be from Henry Ford’s book titled My Life and Work and written in 1922 referencing options available for the Model T Ford.

“Any customer can have a car painted any colour that he wants so long as it is black.”

A few weeks ago we decided to take a road trip. The trip has taken us through Indiana, Michigan, Canada, Vermont, New Hampshire, Maine, Massachusetts, Connecticut, New York, New Jersey, Pennsylvania, Delaware, Maryland, Washington, D.C., Virginia, North Carolina and now onto South Carolina, Tennessee, Kentucky and then back to Illinois. We could add a couple of other states to the trip. It has been a great road trip. Besides keeping my eyes on the road I also kept an eye out looking for windshields in need of repair or replacement as I have since I entered the auto glass repair and replacement (AGRR) industry. I was also looking for mobile auto glass vehicles along the way. 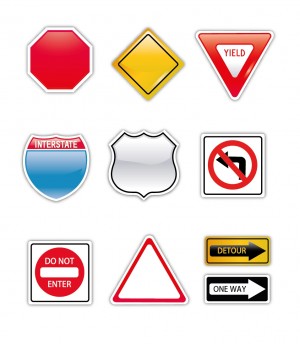 In an article titled “April Miles Driven Increases” that appeared in glassBYTEs.com last week, the web site reported that there was an overall 1.8% increase in miles driven in 2014 versus 2013. Only the Northeast reported fewer miles driven. Based on our experience, the number of vehicles of all types on the road has been pretty amazing. We’ve encountered very heavy traffic everywhere we’ve been so far and, since one of the three key drivers for the AGRR industry is miles driven (the weather and the economy the other two), perhaps this is another good sign for glass breakage and future business….at least in the states visited on this road trip.

I’ve spoken with a number of people who either own or work for AGRR retail and wholesale companies; regardless of the area in the country in which they compete, each says business has been great this year! In other road trips over the past few years there have always been a plethora of windshields in need of repair or replacement on the drive, along with countless plastic and tape wrapped broken door, quarter or back glasses (the “do nothings” – those who break glass and don’t repair or replace it). On this road trip I have been surprised to see very few broken windshields or taped up door, quarter or back glasses. Hopefully this is a sign that people are repairing or replacing glass when it breaks.

I saw the first AGRR mobile van on the road trip in Canada – a Speedy Glass van (I was the President and CEO of Belron Canada in the late 90’s and early 00’s). I didn’t see my next mobile van until I saw a Tiny & Sons Auto Glass mobile van in Massachusetts. I have driven by a number of glass shops on the road trip (and stopped by a few) and I didn’t see any mobile vans parked at the shops so I assumed (hoped) that each was busy doing mobile replacements. I’m in North Carolina now and I haven’t seen any more mobile vans. Odd I think as I see them in Chicago all the time.

After the strong winter season across much of the country we experienced some “Wind at our Backs” which was discussed in previous posts. Perhaps with a steady increase in year-on-year miles driven, and if the economy will come out of the doldrums we will see some positives for the AGRR industry. You still have to have to figure out how to deal with the big guys increasing market share and the brand recognition programs in play. If this year’s weather provided and continues to provide AGRR opportunities, if the miles driven continues to grow providing further opportunities and if the economy going forward gains strength and provides further opportunities; you’ve got something to work with. Not always easy I understand, but if it was easy you’d have a lot more competitors to deal with. You just need to continue to figure out what you can do to push and pull consumers to your business.